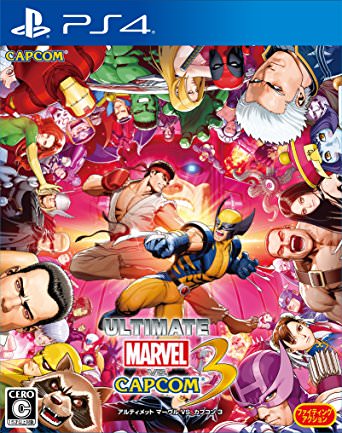 Description You will meet with the characters of two worlds - Marvel comics and Capcom games. Captain America, Iron Man, Spider-Man, Star Street Fighter Ryu and Chun-li, the protagonist of Devil May Cry Dante and Chris Redfield of Resident Evil 5 - these and many other characters you will manage in battle.
Tyrant Doctor Doom, who gathered under his banner the most cruel villains of the Marvel universe, contacted the equally obsessive idea of â€‹â€‹world domination Albert Wesker of Resident Evil. The purpose of the plot is to capture and unite the universes of Marvel and Capcom to rule both.
This union jeopardizes the existence of two worlds. The heroes of Marvel and Capcom do not have to do anything else than to fight the evil before it's too late. Create your own unique team of fighters and develop your own style of fighting.
Choose a mutant Deadpool from the comics Marvel or half-demon Dante from the game Capcom and get together in battle with such characters as Iron Man or Captain America.
Enjoy the beautiful scenery and animation of the characters that will breathe life into the two-dimensional world of Marvel comics and Capcom games. Take part in a truly epic battle of iconic characters - appreciate the updated battle system and eight new arenas
Ultimate Marvel vs. Capcom 3 PS4 PKG INFO