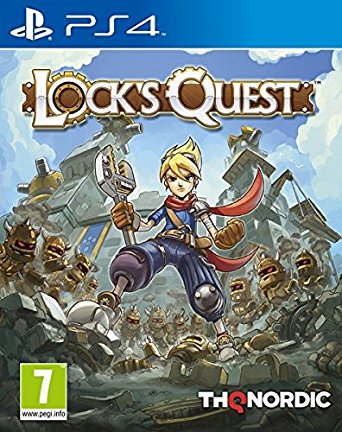 Description Build defenses and battle the clockwork horde in the Current Generation remake of the award-winning 2008 Nintendo DS game - Lock's Quest!
They assume the role of Lock, whose village is attacked, which in turn triggers a mighty war between the Kingdom Army and a resurrected clockwork army led by the evil Lord Qual. A compelling story unfolds as they fight through 75 days of warfare, protecting a dozen unique maps with a collection of various artillery, traps and special attacks. Experience the game in unprecedented quality with an excellent soundtrack, new, high-definition portraits and reworked gameplay.
Locks Quest PS4 PKG INFO