Lords Of The Fallen PS4 PKG

Lords Of The Fallen PS4 PKG 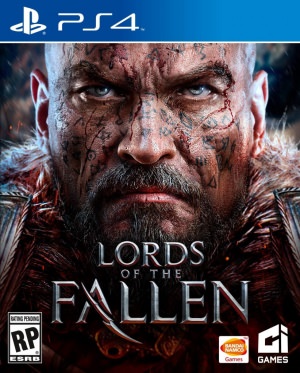 Description "In the age of the ancient, the evil god ruled the world, and all mankind lived under his heel, but the fear that held the hearts of people gave way to fury, and the morning of the Great Insurrection came when the struggle for freedom began.With a glorious victory over the overthrown god, a new order ... in which there is no remission of sins and salvation is inaccessible to anyone.

Millennia passed, and the world once again locked in fear - because from the darkness came a legion of horns - demons, driven by the devilish thirst for the blood of the innocent. Desperate humanity called for the help of a very unusual defender - a sinner rejected by society, imprisoned in a casemate for sinning ... a man named Harkin. Together with his mentor Caslo, they will journey to the heart of darkness ... to challenge the lords of the fallen.

Immerse yourself in a dynamic RPG, featuring a complex and interesting melee system, in which the speed and attacks of the enemy are determined by a combination of weapons, armor and skills. And when one force is small - wipe the enemy into powder with the help of forbidden magic.
Lords Of The Fallen PS4 PKG INFO