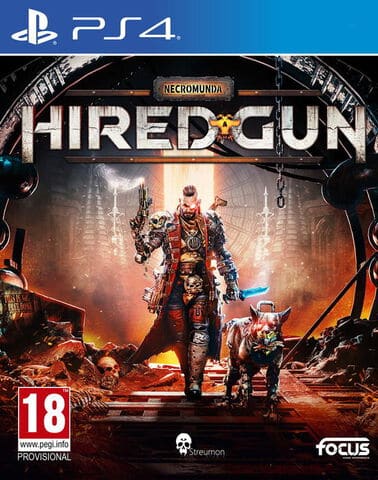 Description At the heart of one of Warhammer 40,000's sordid worlds, Necromunda, this violent and high-powered FPS invites you to become the Hired Gun, a ruthless bounty hunter, accompanied by his cyber dog. Featuring dynamic gameplay, Necromunda: Hired Gun lets you customize your gear, abilities, and canine companion. Several contracts are to be completed and many targets are to be eliminated to pocket your rewards. Necromunda: Hired Gun PS4 PKG + UPDATE INFO