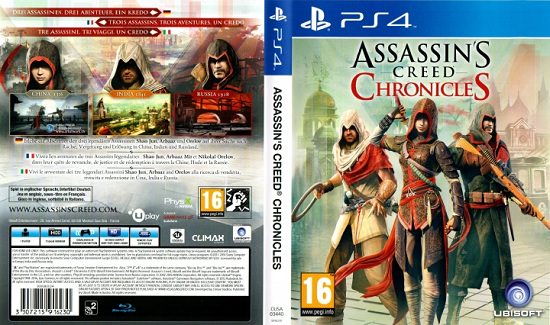 Description Assassin 's Creed Chronicles Chronicles features three games: Assassin' s Creed Chronicles China, India and Russia. Three completely different journeys whose first particularity concerning the gaming experience. Indeed it is not a classic episode in 3D in an open world. Here we face a trilogy that offers games with a side view in a style 2.5 D refreshing but which necessarily away from what we know, which may already be enough for fans not particularly attracted by this change, the time of the trilogy.
Assassinâ€™s Creed Chronicles PS4 PKG INFO