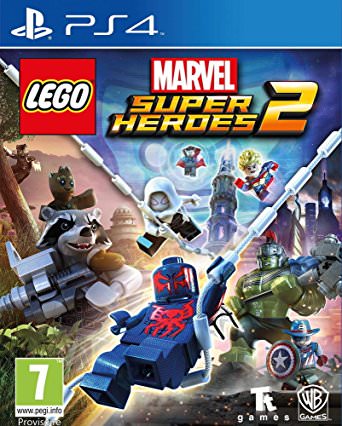 Description LEGO Marvel Super Heroes 2 is an adventure and action adventure video game developed by Traveller's Tales and released by Warner Bros in collaboration with Interactive Entertainment in November 2017 for PlayStation 4, Xbox One and Microsoft Windows. The LEGO Games Collection is one of the most popular games in the genre of children and simple, which has attracted a lot of audience, and so far many animations and games have been published. This game is the second number of the Lego Marvel Super Heroes series, and is in fact the sequel to the previous version. In this version of the game, there is the possibility of manipulating time and playing in partnership with four players. In the story of the series, there are superstitions of the various courses and titles of the Marvel World, all of which aim to fight enemies. In this game, players will control the characters of the game with a third-person view and have a wide view of the environment around the player. In this version, there are characters like Spider-Man, Thor, Hulk, Black Panther, Captain Marvel, Doctor Strange, and many other enemies fighting Marvel. In this game, travel around the land from ancient Egypt to the Old West, the Hulk Planet and New York City in 2099 and the transportation of objects or characters through centuries.
LEGO Marvel Super Heroes 2 PS4 PKG INFO

PASSWORD
How To Skip and Bypass Adf.ly Links "press allow to continue"
Top

How can these split files be installed it come up with an error once I try to install the game?
Top

UPDATE : NOW ITS WORK ON 5.05
How To Skip and Bypass Adf.ly Links "press allow to continue"
Top

Thank you Cronos so much
Top