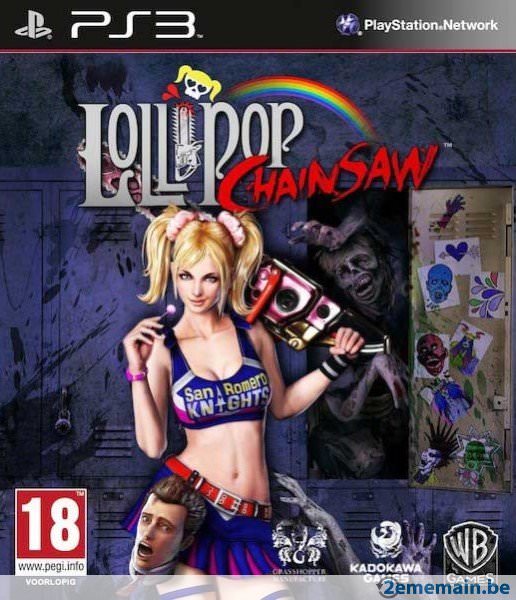 Description The story of the cutie Juliette Starling, part-time being a zombie hunter.
Under your guidance, a figurehead blonde, a high school student with a chainsaw, will have to crush, saw and dismember at the ready. As a knife through the oil, go through the hordes of the undead, and let your path be marked with blood and flesh. Not dug up yet that zombie that will stop the chirrer-maker!
The development of Lollipop Chainsaw is the studio of GRASSHOPPER MANUFACTURE, founded by the game designer Goiti Suda, also known under the pseudonym SUDA 51. Other celebrities are working on the project - composer Akira Yamaoka and screenwriter James Gunn, the author of the remake of the legendary "Dawn of the Dead".
Lollipop Chainsaw PS3 PKG INFO

Link : Do not cut / no recoded
Running through the icon in XMB (No manager)
Version of the game - 1.0

Cool hope this works for me! Thanks!
Top

thanks! I hope it works
Top

Does this work on PS3exploit HAN ?
Top