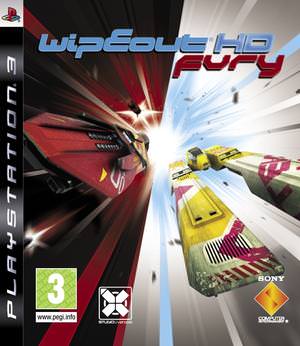 Description Wipeout HD (styled as WipEout HD) is the eighth game in the Wipeout series of games. The game was developed by Sony Liverpool for the PlayStation 3. Teams and cars were taken from the games for PlayStation Portable Wipeout Pure and Wipeout Pulse. The content was improved: the resolution was increased to 1080p (HDTV) and the sound became quality Dolby 5.1 surround.
In addition Fury appeared 8 new tracks, 13 cars and three game modes, two of which are available for online games.
In the mode of "Fighter" you need to destroy as many rivals as possible.
WipEout HD Fury PS3 INFO

Link : Don't cut / recoded
The game has been updated to the latest version 2.51
Additional content is sewed:
Fury
Running through the icon in XMB (No manager)

Probably the best racer on PS3. Thanks.
Top