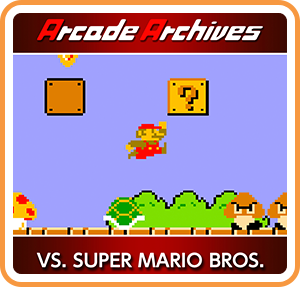 Description VS. SUPER MARIO BROS. is an action game released in 1986 by Nintendo.

Mario and Luigi have to go on an adventure to save Princess Peach from Bowser's clutches.

This version comes from the Nintendo VS.SYSTEM system, and the positions of the enemies as well as the objects differ from the NES version.

The Arcade Archives series has faithfully reproduced many of Arcade's classic masterpieces.

1f link still good on this thanks

Link down, can you reupload it ? TY
Top