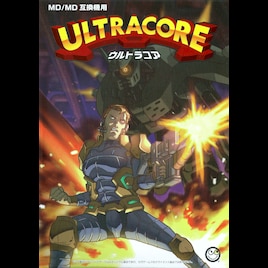 Description In the early 1990s, the Swedish video game company Digital Illusions (today known as EA Digital Illusions CE AB – “DICE”) began work on its new game. Targeted initially for the Commodore Amiga, Sega Mega Drive / Genesis and Sega Mega-CD, the game was about 99% finished. He has already received a preliminary announcement in many gaming magazines. Expectations were high, and all signs indicated a definite hit. But then, suddenly, the development of Hardcore was suspended due to the transition to a new generation of game consoles, in particular, the Sony PlayStation , which was powerful at that time, with incredible three-dimensional (!) Graphics. Ultracore NSP + XCI INFO