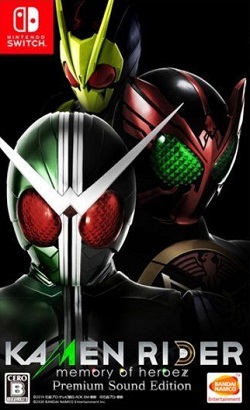 Description Reiwa’s first home-use Kamen Rider game is “Hero Chain Action”. With advanced action and deepened crossover, you can enjoy a new Kamen Rider experience. Form change that can be said to be synonymous with Kamen Rider. In this work, the “form chain system” realizes new actions that make full use of form changes. By selecting the form to transform next and the technique to be delivered after the form change at the same time, it became possible to take actions according to the battle situation, more like a Kamen Rider. While changing the form one after another, you can enjoy the evolved Kamen Rider action that fights against enemies with your own original combo.
KAMEN RIDER Memory of Heroez Premium Sound Edition Switch NSP + UPDATE + ALL DLC INFO