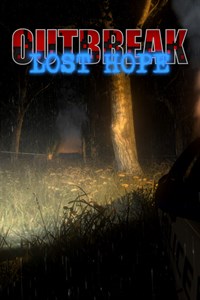 Description Experience a mother’s desperate search for her daughter in the midst of a nation-wide epidemic. Taking place in the Outbreak universe by Dead Drop Studios, this story follows Gwen just after her harrowing escape from an urban center during the outbreak. A terrible accident causes her to get separated from her daughter Hope and she has to fight the undead to survive… and save her daughter.
Outbreak Lost Hope Switch NSP INFO