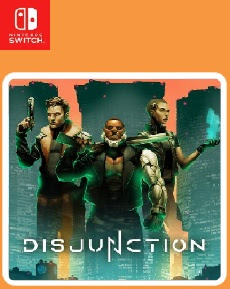 Description 2048. Following the arrest of a prominent community leader, New York stands in disarray. Suspicions and allegations run rife throughout the city, as an insidious drug known as ‘Shard’ spreads throughout the underworld. With the city’s future in doubt, three hardened citizens rise to discover the truth and uncover a conspiracy threatening to alter the city’s fate.
Disjunction Switch NSP INFO