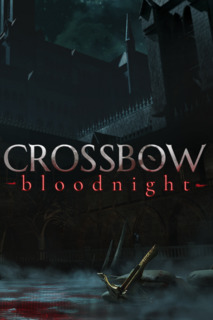 Description Master the occult powers of your automatic crossbow and fight for every second of survival against a relentless demonic horde! Hunt. Die. Hunt again.

In the year 1139, the Second Council of the Lateran convened by Pope Innocent II has pronounced an anathema on the use of the crossbow. The council saw its unstoppable power as ungodly, demonic by nature. They were not entirely wrong.
CROSSBOW: Bloodnight Switch NSP + UPDATE INFO