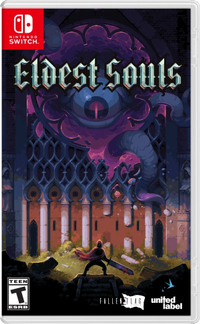 Description In the beginning, there were Gods. Long imprisoned and forgotten in the Temples of the Citadel, they have syphoned the life essence from the world in their final act of vengeance. A lone Knight embarks upon a quest to slay the Gods and restore the balance. One warrior. One sword. Against them all.

Eldest Souls is a challenging “souls-like”, pixel-art boss-rush game. The Old Gods have long been imprisoned. Humanity has prospered. Great Kingdoms have arisen from the now forsaken temples of worship. But no longer… Eldest Souls Switch NSP/XCI + UPDATE INFO