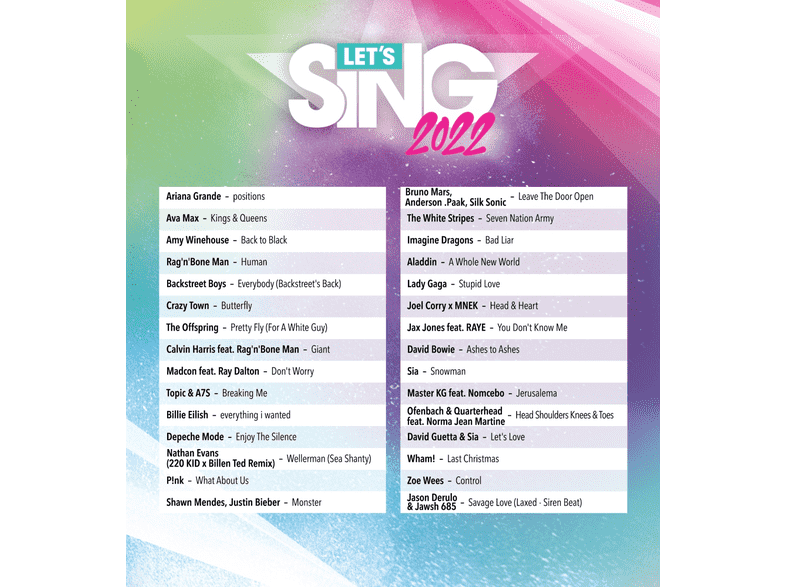 Description Give it your all and become the superstar you were meant to be with a playlist that features current hits as well as classics that guarantee a blast from the past. Lady Gaga with “Stupid Love”, Shawn Mendes & Justin Bieber with “Monster”, Ariana Grande with “Positions”, Jason Derulo & Jawsh 685 with “Savage Love (Laxed – Siren Beat)” or Billie Eilish with “everything I wanted” are just some of the smash hits featured in the latest entry into the Let’s Sing series. If you want to travel back in time instead, how about the Backstreet Boys with “Everybody (Backstreet’s Back)” or The White Stripes with “Seven Nation Army”? Let’s Sing 2022 Switch NSP + UPDATE + ALL DLC INFO